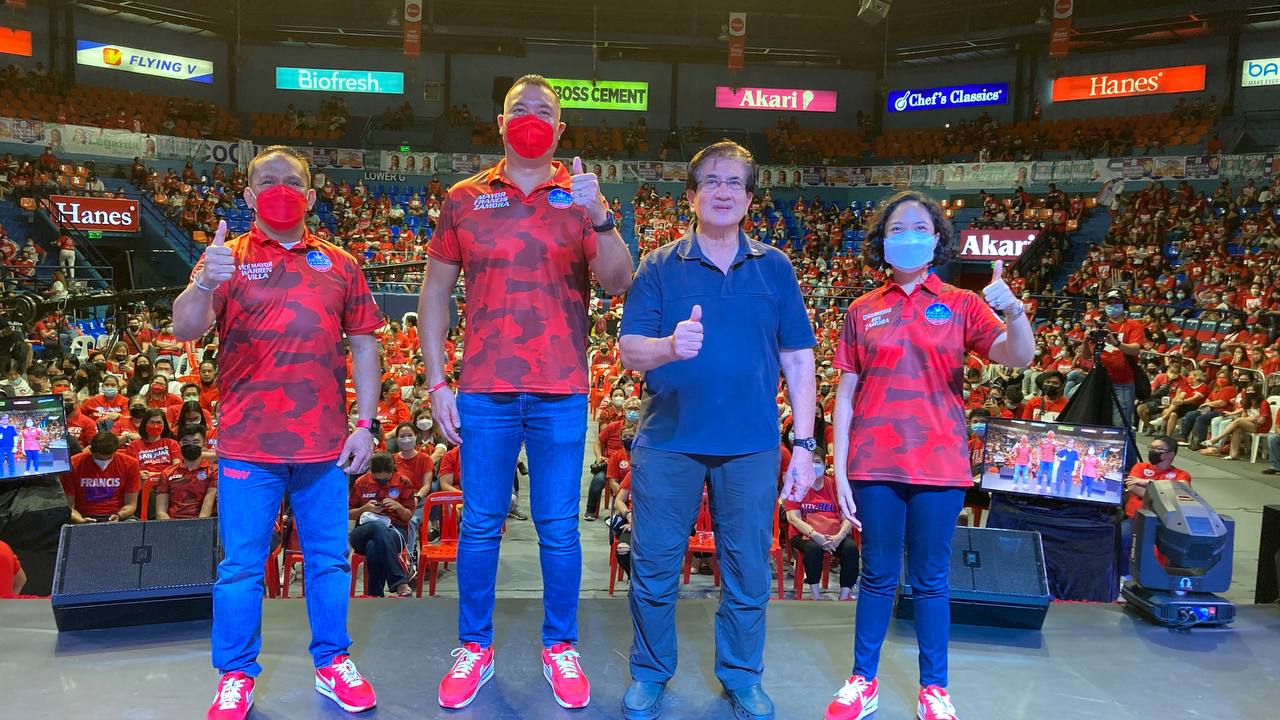 San Juan has always been close to Honasan’s heart, which became most apparent during his time as Secretary of the Department of Information and Communications Technology (DICT).

During Honasan’s tenure as ICT chief, San Juan was chosen to be one of the first LGUs to receive tablets, laptops, and units of pocket Wi-Fi from the DICT under its Digital Teachers and Learners Program. San Juan was also selected for the pilot implementation of its Vaccine Administration System and the DICT also partnered with the San Juan LGU for the vaccination program for Information Technology and Business Process Management industry workers.

Honasan also thanked San Juan, saluted all their efforts especially that of the frontliners and urged everyone to help one another. “Magtulungan po tayo.”

Gringo is currently running as Senator as an independent candidate, adopted by PDP-Laban, BBM-Sara Uniteam and the Lacson-Sotto tandem.

In addition to his stint as DICT Secretary, he is also a decorated soldier and four-term Senator.